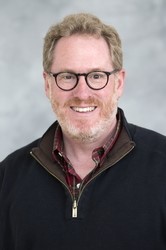 MATTHEW PARKS is President/Executive Director of iFiber and Illinois Fiber Ventures. He’s been on the iFiber/Ventures team since the beginning of the project in 2011. He leads the Division of Information Technology (DoIT) for Northern Illinois University’s four campuses. In his role as Chief Information Officer (CIO) he develops and promotes a vision for information technology where partnering with IT makes it easy to succeed.

Prior to joining NIU, Parks spent over 13 years in the wireless technology sector, serving in leadership and technical roles within Motorola, Nextel and Sprint. He has a Bachelor of Science in Electrical and Computer Engineering from the University of Iowa and a Master’s degree in Public Administration from Northern Illinois University.

When he’s not working on iFiber project, Matt loves to ski with his family, and is a die-hard Cubs fan. He enjoys playing golf and sitting around the bonfire with family and friends.