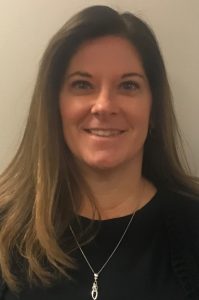 Jennifer Uridil-Dolman has been an IT Technical Associate and Project Manager for Northern Illinois University’s Regional Technology Services Division for three years. Jen manages broadband projects for iFiber and NIUNet and is the fiber Damage Investigator. Prior to joining NIU, Jen previously worked for iFiber’s facility maintenance company overseeing the installation and construction of iFiber and reporting progress to NIU/iFiber. She then transitioned into the main POC overseeing all daily operations once the installation was completed. Her responsibilities included overseeing the locating and dispatching staff, iFiber design engineering, managing relocations and underground utility issues and damage investigating and reporting.

She has over 20 years of experience in the fiber/telecom/contract locating industry and started out in the Control Center at a facility Maintenance and Engineering company in 2000 as a dispatcher. She then transitioned into other positions including Network Operations Supervisor, Outside Plant Specialist (OSP) and Safety & Fleet Coordinator for their Midwest Region. Jen left the company after receiving an opportunity to work for Crown Castle as a Fiber Engineer in the estimating department, where she stayed until being offered a position by NIU to work with iFiber once again.
Jen is an avid advocate for damage prevention which began early in her career and has participated in damage prevention events and councils. She has been on the Illinois JULIE Board of Directors since March 2016, starting in the position of VP of Contract Locating. She currently is the VP of Telecom and Board Secretary. She attended College of DuPage and Joliet Junior College and is currently working on her Undergraduate degree in English at NIU, minoring in Nonprofit. Fun fact about Jen is that she worked several years alongside her father, Lou, at the facility Maintenance and Engineering company where she began her career. They were eventually joined by Jen’s oldest daughter, Jesse, to have three generations working together in the telecom industry.