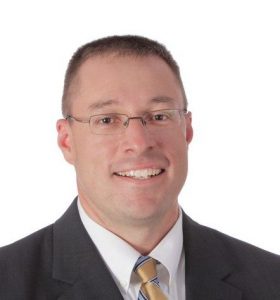 Jay Jorgensen, Co-Founder and COO of eX2 Technology, LLC, joined the Illinois Fiber Ventures Board in January, 2021. He serves as the board’s Secretary/Treasurer. Illinois Fiber Ventures is the for-profit arm of Illinois Fiber Resources Group (iFiber). Jay has 25 years of experience in the telecom industry. He has worked with members of the iFiber/NIU Broadband team for nearly 20 years building and maintaining fiber optic networks. Jay said, “iFiber provides much needed broadband service to underserved rural areas throughout northern Illinois. The iFiber network was originally constructed using Obama-era federal grant money and has been self-sustaining for a decade. Many other networks that were funded through the same federal programs were not able to find a business model that was self-sustaining. The iFiber team should be very proud of the network they have built.” On a personal note, Jay said he and two college friends make an annual baseball trip. They have been to 27 current and former MLB stadiums.