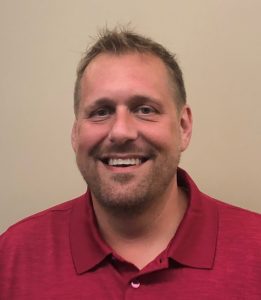 Eric Haan joined the iFiber Board in June 2019, and was named Chairman in 2021. He is Director of Technology for the Eastland CUSD #308, a position he has held for 13 years. In this position Eric implemented one of the very first 1:1 environments in the state and oversees one of the most technology rich districts in the area. Eric has worked in educational technology for the past 20 years in various positions, including as a classroom teacher and serving as the Learning Technology Center Director for Area II North for two years with the Illinois State Board of Education. Before taking a job in education, Eric was an Information Systems Coordinator with the U.S. Postal Service.  As an IT Director in rural Illinois, Eric saw the extraordinary opportunities the iFiber project would bring to the area and became a champion for the project the moment it was announced. Eric attended many local board meetings for libraries, municipalities and school districts to explain what having access to the iFiber network meant for the area and how each entity could benefit from leveraging the technology. Eric has since worked with many local entities to help them take advantage of the network by expanding services, reducing costs and building in redundancies. Eric’s educational background includes a BS in Information Technologies and an MA in Teaching in Learning with Technologies.